The Project “100 people: A World Portrait’’ was created to help people conceptualize the world’s staggering population. By using information from the World health organization, the World Bank, the census, the United Nations, and others, the project used the world’s population statistics and scaled them to just 100 people. The World as 100 People is beautifully presented by Mr. Jack Hagley. 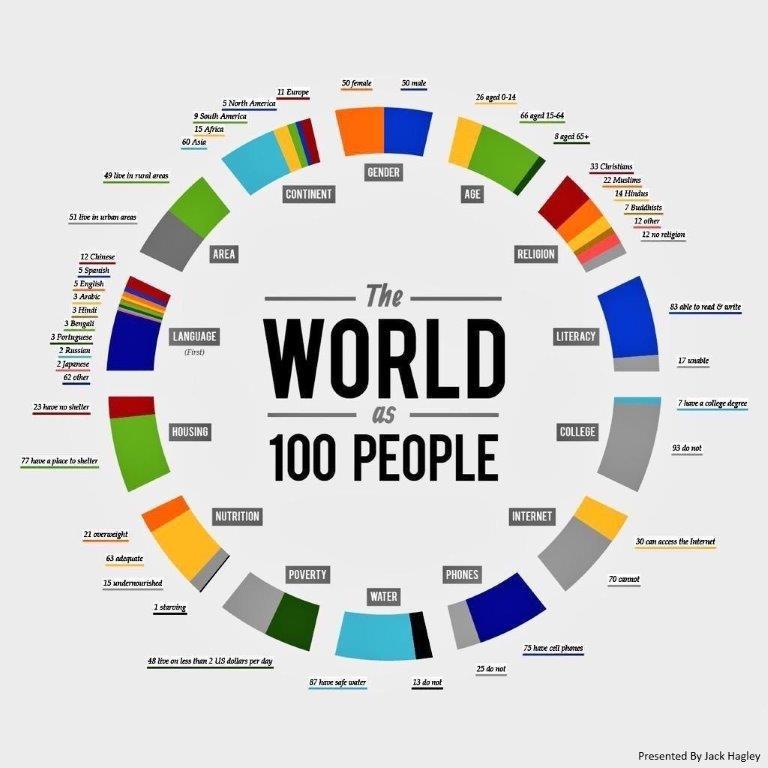 This entry was posted in Green Initiative. Bookmark the permalink.